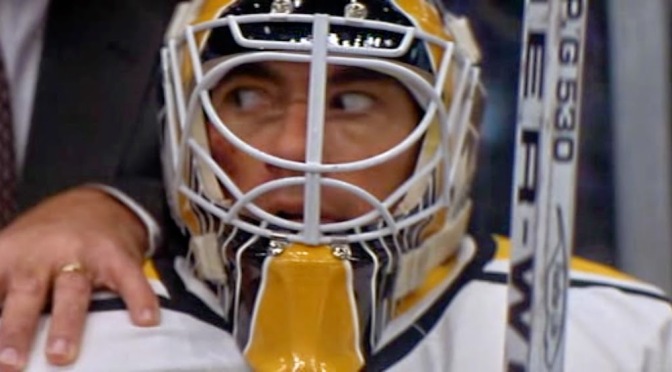 Just in time for the Stanley Cup Finals, The Last Row Podcast honors the underappreciated Jean-Claude Van Damme classic, Sudden Death. Drew and Badway have an extensive discussion about the iconic Jean-Claude goalie scene, while pondering his Canadian semi-pro career, his effectiveness (and perhaps overqualification) as a firefighter, and put Darren McCord’s skills up against another fictional hockey legend, Gordon Bombay. The guys also choose the possible fits for other actors in similar logic-defying championship sports roles, recast Sudden Death for the reboot that will never happen, and break down the four different levels of sports mascots and rank them based on fighting prowess.